Betty Asha, 25, of South Sudan, rescued more than 2,000 refugees about three years ago. Now she will begin her studies on an international scholarship at Maryville College in East Tennessee.

She escaped a violent civil war and a forced marriage attempt and helped thousands of refugees escape South Sudan. And now she will attend Maryville College.

The college community plans to gather Sunday evening to celebrate the arrival of their newest student, Betty Asha, 25, of South Sudan.

Hundreds of members of East Tennessee churches and local several civic leaders wrote to government officials to plead Asha’s case and, ultimately, facilitated her entry into the nation. Asha was expected to arrive in the United States Thursday evening.

She was not available to speak with the News Sentinel last week, but a local sponsor, Chris Hurley, shared her story.

THE LONG ROAD TO EAST TENNESSEE

Asha’s road to East Tennessee began in the Sudanese city of Yei in 2007 when she resisted days of violent attempts to force her into a marriage at age 13.

“She just kept saying she didn’t want to marry, she wanted to go to school,” said Hurley, who owns a Maryville heating and air conditioning business. He met Asha on a mission trip a few years later.

Another missionary rescued Asha from the attempt to force her marriage, took her to a hospital for treatment, and enrolled her in school.

When Hurley met Asha, she was a youth leader at a church in her home village of Pukuka. It was clear Asha wanted to continue studying and attend high school, so Hurley worked with the Africa Education & Leadership Initiative to sponsor her entrance to a girls’ boarding high school.

She became the first person from her Pukuka village to attend high school and graduate. 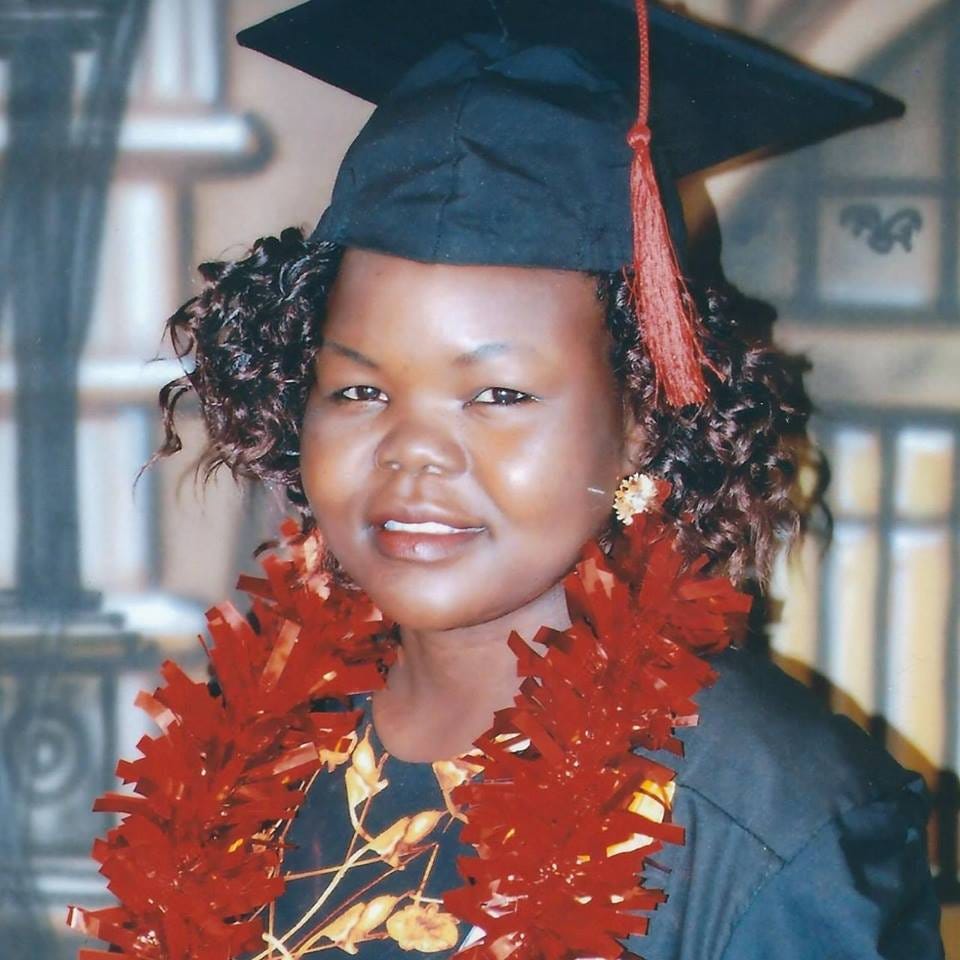 Betty Asha of South Sudan was the first person from her village, Pukuka, to graduate high school. Now she will continue her education at Maryville College.

“It would be a major feat for a boy in that village to graduate, and totally unheard of for a girl,” Hurley said.

After she graduated, Asha went to another school in Juba to learn skills like typing and bead-making but tensions were rising between the South Sudanese government and Sudan People’s Liberation Movement, so Hurley helped arrange for her to go to college at St. Lawrence University in Kampala, Uganda. 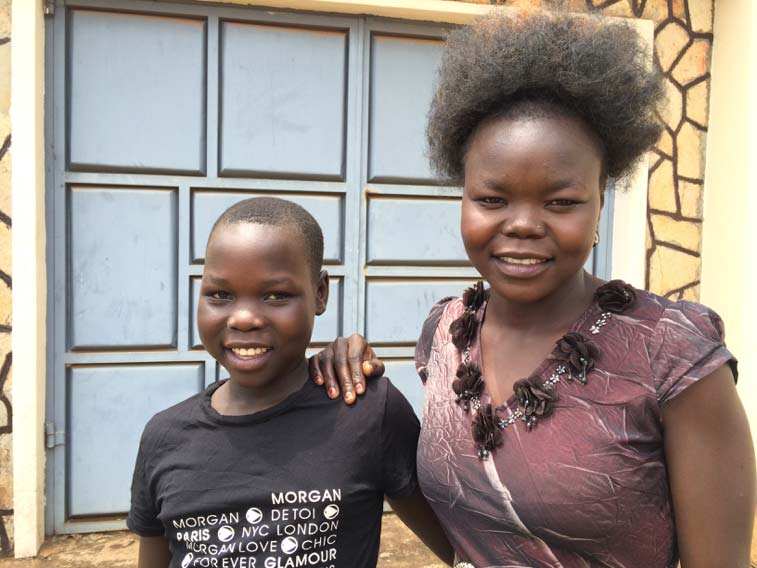 Betty Asha, right, poses with Viola, a girl from her village. With funding assistance from Maryville resident Chris Hurley, Betty rescued Viola and more than 2,000 other refugees from a South Sudanese conflict zone.

On summer break in 2016, Asha — then just 22 — sent a message to Hurley, who was back in the United States, asking for help.

“She wanted to get a friend from her village, Viola, out of the conflict zone and into school in Kampala,” he said.

Hurley sent Asha money to arrange for a truck to pick up refugees she sneaked out of the conflict zone and drive them to the Arua, Uganda, so they could enter the United Nations “Rhino” refugee camp.

Asha got Viola out, and several more from her village.

But Rhino Camp was overwhelmed, and new entries had about a three-day waiting period. So, Asha rented a warehouse in Arua to temporarily house the refugees and provide them with food and medical care.

She sent another truck back to the conflict zone the next day.

Hurley wanted to continue helping, so he sat down with his business associates. Together, they agreed to keep funding Asha’s efforts.

“We just said ‘It doesn’t matter, whatever it takes to get these people out, let’s get them out,’” Hurley recalled.

So Asha continued for about a month, ultimately bringing 2,296 refugees to safety, according to the Ugandan Prime Minister’s office and the United Nations.

Then one morning, Asha sent Hurley a message saying their truck was attacked by soldiers looking for women and young girls. The refugees got away safely and eventually made it into Camp Rhino.

But, the incident scared Hurley, who knew the smuggling operation could cost the refugees, the driver and Asha their lives. So, he stopped funding it.

Asha went back to college and graduated, but, Hurley explained, her college studies were more equivalent to a high school junior or senior’s studies in the United States.

Asha wanted to go further, and Hurley wanted to help her. 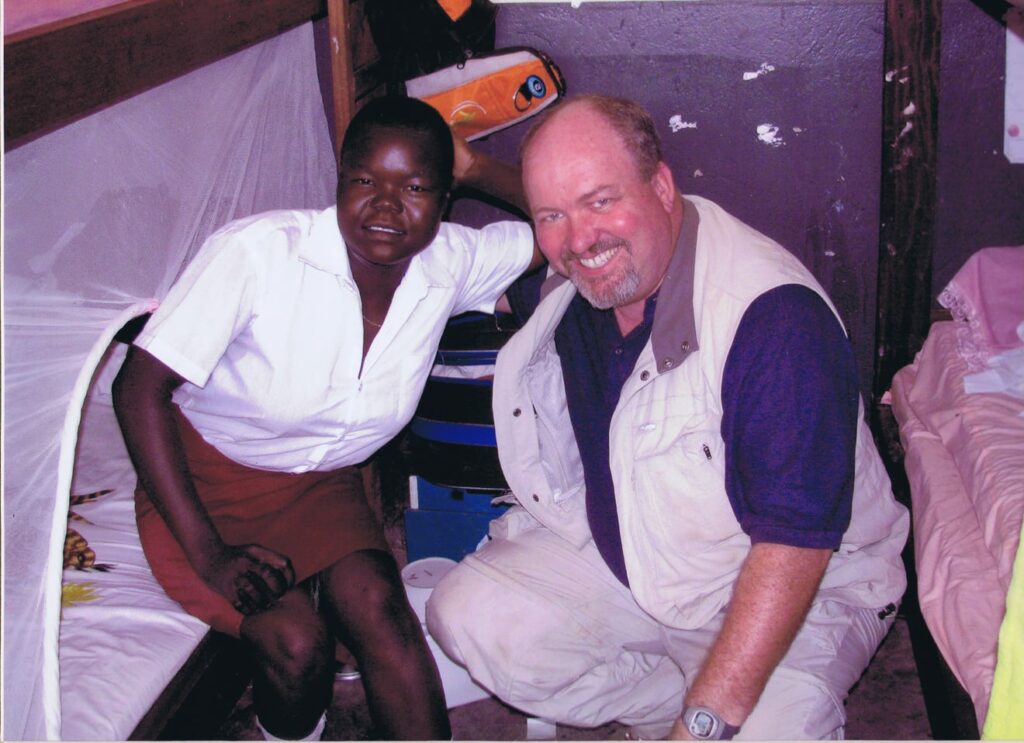 Betty Asha, left, with Maryville resident Chris Hurley, right, at Yei Girls’ School in May 2012. Hurley paid Asha’s enrollment costs for the school so she could continue her education.

RAISING UP A LEADER

South Sudan’s transitional constitution calls for 25% of the government to be comprised of women to better represent the South Sudanese population.

“There’s going to be a challenge finding educated women to fill those positions because so many are forced into marriage at an early age, not allowed to become educated, and essentially made to live in semi-servitude to men,” Hurley said.

“Betty’s one desire is to lead her people and change things for the better in South Sudan.”

Hurley wanted to help Asha become a leader for her people, so he began working to get her into an American college to continue her education.

Together, they decided on one in Hurley’s backyard so he could help her when she needed a local resource.

“I think Maryville College does an excellent job of training future leaders with a global vision,” Hurley said of the choice. “The curriculum recognizes that we live on a planet, not just in a country or in a state or a city.”

“We want her to have a full college experience,” Hurley said. “She’ll live in a dorm where she can meet people and make friends, and we hope to get her on visits to Nashville and Washington to see how our government works.” 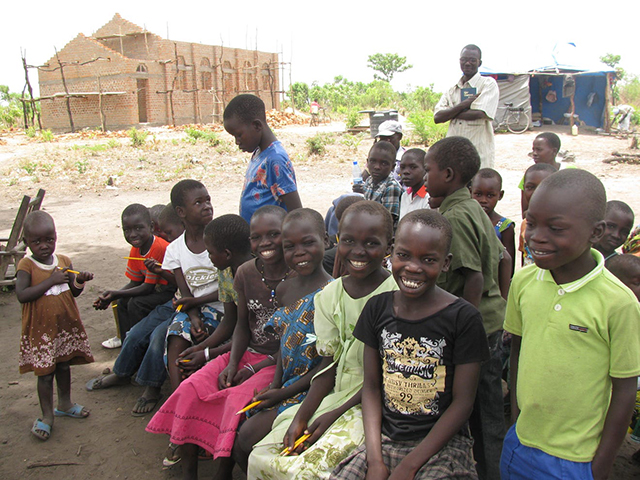 Betty Asha sent Chris Hurley, of Maryville, photos of the children he helped her rescue from a South Sudanese conflict zone about three years ago. Asha sent trucks to sneak people out of South Sudan and into Uganda, where they could enter a United Nations refugee camp.

More children that Asha and Hurley were able to help.

INDEED, IT TAKES A VILLAGE

Getting Asha to the United States was a challenge. The visa application process was difficult.

On paper, Asha appears to have no ties to her home country: she is an orphan, is not married, has no job, no property, and no children in South Sudan.

Heather Hatcher, a Knoxville caseworker for Sen. Lamar Alexander, R-Tennessee, sent a letter to the U.S. Embassy Kampala on Betty Asha’s behalf, according to Ashton Davies, a spokeswoman for Alexander’s office.

On April 18, Asha’s visa was approved.

“My hope for her is that she will see that we have a government and a situation where people are very divided, but we aren’t in a civil war,” Hurley said.

“I hope that studying our government and seeing that it’s possible to have major differences and coexist — for the most part—will be lessons she can take back to her country to help shape its future.”